The Everest Base Camp (EBC) trek is the most popular trek in the Himalayas and is visited by thousands of trekkers each year. Trekking through the Everest region offers breathtaking views on 4 of the 6 highest peaks in the world: Mt Everest (8.848 m), Mt Lhotse (8.516 m), Mt Makalu (8.485 m), and Mt Cho Oyu (8.201 m). Beside that we have the opportunity to get a glimpse into the life of the Sherpa’s – the most famous climbers in the world. We go sightseeing around Sagarmatha National Park – Sagarmatha is the Nepalese name of Mt Everest, and means The Top of the World. Sagarmatha National Park is a UNESCO World Heritage site and is a home to many unique plants and animals. On our way we also get a closer look at the highest Buddhist monasteries in the world and learn about the Sherpa’s’ spiritual perspective on the mountains. And of course as a top highlight itself – the trip to Everest Base Camp (5.364 m) with the thrill on being up close to the highest mountain in the world.

The highest point on the EBC trek is the top of Kalapathar (5.554 m). Kalapathar is a very popular landmark among the trekkers since it provides the most accessible point to view Mt Everest from base camp to peak (due to the structure of Everest, the peak cannot be seen from the base camp).

The 12-day Everest Base Camp itinerary is a moderate trek designed for novice trekkers who are in good health with normal physical fitness.

The lodges in the Everest Trekking region offer extensive menus, ranging from the typical Nepali dahl bath (rice with lentils) to pizzas and spaghetti. Hot showers are available at most of the places.

Day 12 : flight back to kathmandu 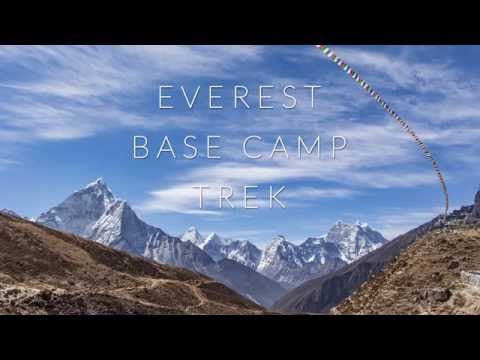 Cost Includes
Airport pick up and Drop by private car/van/bus.
Two nights standard accommodation in Kathmandu (on the arrival day and after the trekking).
Your standard meals (Breakfast, Lunch and Dinner) during the trekking.
All necessary paper works and conservation entry permits.
Ground transportation from Kathmandu to Bhulbhule by bus.
All accommodations in lodges/tea houses during the treks.
Trekkers Information Management System (TIMS) Permit.
An experienced, helpful and friendly Guide, porters (1 porter for 2 peoples).
Salary, Food, Drinks, Accommodation, Transportation and Insurance for the Guide and Porter.
Arrangement of Emergency Helicopter service which will be paid by your Travel insurance company.
Medical supplies (first aid kit will be available).
All government taxes.
Cost Does Not Include
International airfare and Nepal visa fee.
Excess baggage charges with domestic flight.
Lunch / dinner in Kathmandu.
Emergency rescue and medical expenses.
Personal expenses e.g. phone calls, laundry, bar bills personal porters.
Tips for the trekking crew.
Other optional trips/activities and sightseeing if required.